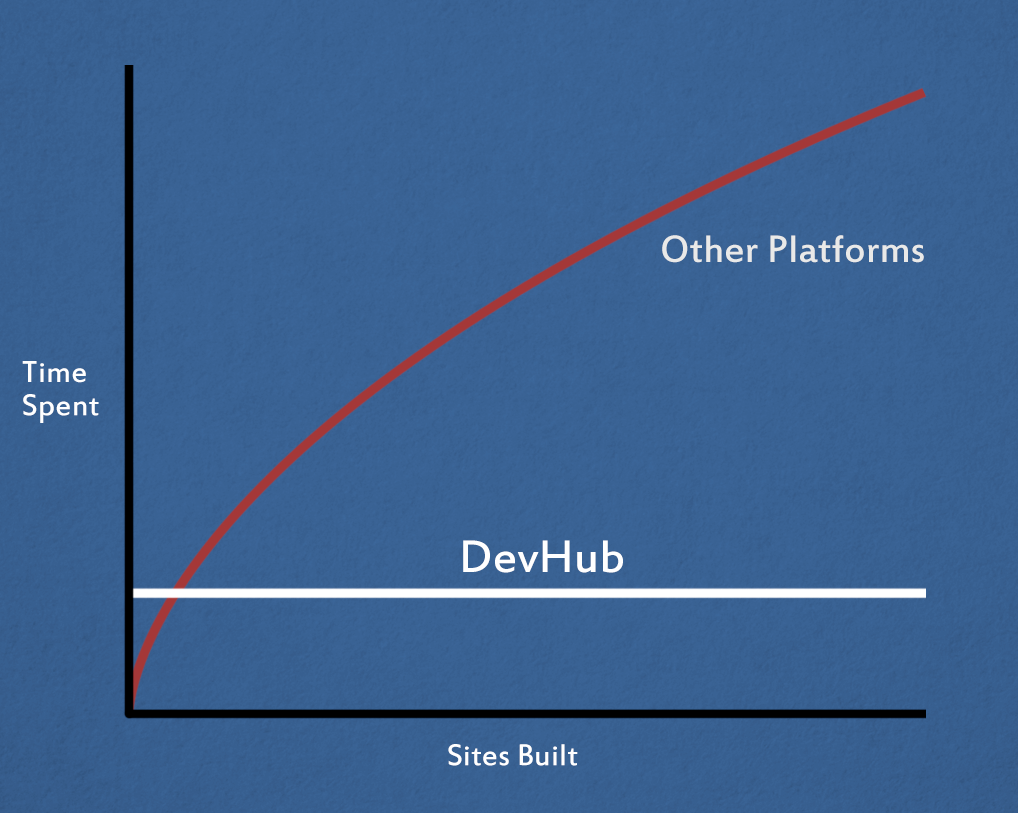 When I say “protocol” what do you think? Protocols are what we depend on to communicate with other people. They are the foundation of interaction. Not just human interaction though, also machine interaction. A protocol sets limits. It defines what is correct and what is invalid. With a protocol, you have a plan to move forward. You know what you need to do and how to do it.

DevHub is a protocol for multi-site web development. There is a path to follow when you need to create hundreds or thousands of sites. It’s simple: We create the protocol; you create the sites. What does this mean for you? Take a look at the amount of time you need to spend as a function of the number of sites, landing pages etc that you build.

Starting from the left, it is much easier to build a single site on your own, or on another platform, but as you build more and more sites, the amount of effort per site hardly decreases, and might even increase if you run into unknown issues. With DevHub, there is an initial investment to get everything up and running, however once that is done you can create and deploy an unlimited number of sites or landing pages essentially by just adding a few rows to a database. Now, that intersection point, as we have found, lies around 25 sites. Many of our current clients hit that breaking point and realized there must be a better way of building things. DevHub is that better way. To see some of the problems we have solved, give our case studies a read through.