Our mission is to connect brands to the people they care about, through exceptional experiences.

Mark Michael co-founded the company in September 2007. Mark has guided DevHub through venture-backed Series A, A1 and completed the acquisition of Brickwork Software adding Nike, Chanel, David Yurman among leading Fortune 1000 companies powered through DevHub’s OEM and VAR channels. He continues to lead DevHub as CEO.

Rachel Flanagan serves as DevHub’s Chief Operations Officer. Flanagan is a Cornell graduate who served as COO of New York based Pica9 before joining DevHub. Rachel is responsible for overseeing product operations and strategy, as well as customer growth strategies.

Jeffrey Schrock provides structural, financial, and strategic guidance as DevHub's Executive Chairman. Prior to this, Mr. Schrock has held executive roles at Intel, Yahoo, RealNetworks, Columbia Pacific Partners and sits on the board of several transformational technology companies.

Chairman of DevHub Advisory Board

Ashur Michael serves as chairman of DevHub’s advisory board. Prior to DevHub, Michael spent 30 years with the Bechtel Corporation managing large scale engineering projects in Richland, WA, Saudi Arabia, Philadelphia, PA and Richmond, CA. Michael is a celebrated Fellow of the American Society of Engineers (ASCE). He is a published poet and author.

Paul Uhlir is a co-founder and the CEO of Add3, a digital marketing agency based in Seattle focused on driving conversions for clients in a number of different industries. Prior to starting Add3, Paul worked in a number of other organizations including time in a sales role at an early search engine where he learned Digital Marketing. He also spent time working for an online dating company that was eventually sold to Match.com and founded Don’t Blink, an agency focused on the EdTech industry.

Matt Bell is the CEO and Founder of theShopClubs.com a country club for gearheads. Prior to founding the Shop, Matt ran sales at a series of companies that were fronted by Madrona Venture Group and Ignition Partners, including startups such as SourceLabs, Azaleos and Skytap.

Dan Madsen is the CEO, Chairman of Leisure Care. Since 1988, his business philosophy has been simple—put people first, and positively impact the lives of employees, customers, and business associates every day. Dan’s commitment to philanthropy has helped create a culture of giving, and his dedication to the industry has led to his involvement as a member of various boards, and the founding of the One Eighty Foundation.

Zachary Haveman serves as general legal counsel of DevHub, Inc. Haveman is a lawyer with Carney Law. He is a graduate of Gonzaga University.

DevHub inc is a venture-backed company with an investor base made up of both institutional and angel capital from Seattle, Silicon Valley, New York, and Los Angeles. 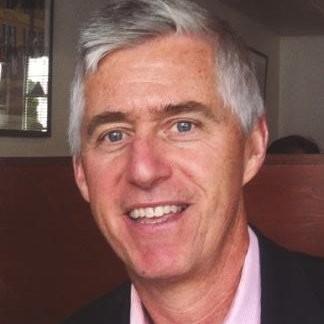