A system/ platform based approach for gTLDs (IMHO) 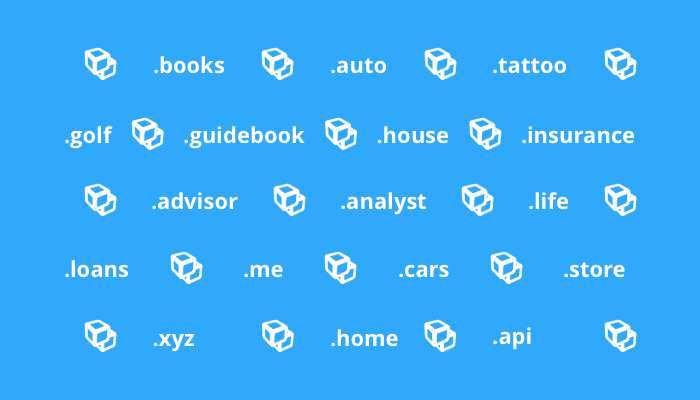 Domains, URLs, internet addresses or whatever you want to call .com, .net, .org extensions with the buzz surrounding the possibility of owning the next .co or .travel the point in my opinion is being missed.

First, what is a registry v. registrar (according to GoDaddy):

Registry: A domain name registry is an organization that manages top-level domain names. They create domain name extensions, set the rules for that domain name, and work with registrars to sell domain names to the public.

New gTLDs should take on the role of being used as systems. For example .car or .auto should be the new standard to replace VIN#s. Case in point…you will not use Google the same again either. Instead you are logging into a system to look up your car’s diagnostic information or sale history and a new way to “search smarter” aka search engine evolves.

Time! That is what is lacking on the registry side. Shareholders are demanding domains to be registered/ monetized via registrar. Companies who have forward thinking leaders/ creatives and the capital to turn the gTLD into a standard that benefits humankind will be better positioned to own a market versus selling one off .xyz domains (fyi that is a registered gTLD).

The thought that .car would be the place to buy a car or find a dealership’s website is completely ass backward. In my opinion .com, .net, .org and .edu represent the commercials side of the internet. With the release of upcoming TLDs there should be a fundamental shift of thinking…the internet of systems.

Think about the home phone…who has one? Imagine someone telling you the rotary phone is the best phone on the market. Today, most people use cellphones as their primary number. When yellow page companies try to contact a small business owner through the yellow pages many times the owner’s phone is no longer active i.e. they now use their cell phone and hang up on sales people.

gTLDs that DevHub has pitched platforms for:

Times have changed and the internet is evolving. The land owned by a few, is precious and prices will only go up to own a .com.

New gTLD applicants and previous ones have failed to see .co, .travel…etc. The point of rebranding to get people to leave out the ‘m’ in dot com for a .co preference is like saying don’t dial the “1” before calling a friend in another state. It is insane. See Overstock’s realization 🙂

.Travel had a chance to make a go of a gTLD of systems approach but messed it up as they tried to be everything i.e. a directory site, a tools provider…etc. An easy play would be to make .travel the system in which the remaining travel agents (they are out there) use .travel to book vacations…etc…Think of it as a crowd sourced ITA system.

I do not know how things will turn out…and to some extent I am sitting on the fence. A part of me just wants to make my money on the internet of today i.e. FB, Twitter, and Google but as the landscape/ land of gTLDs opens up DevHub will be ready.

A quote from a wicked smart programmer -- “There are basically no true smart systems on the market. Just putting wifi in a lightbulb doesn't make it smarter. You just moved the light switch. There needs to be smarter software that actually automates your rudimentary daily actions. Google home and Alexa are getting closer but that's still just another interface for something that already exists. We need truly smart software that learns, is deeply connected to mass systems. So that we can optimize things both macro and micro….”