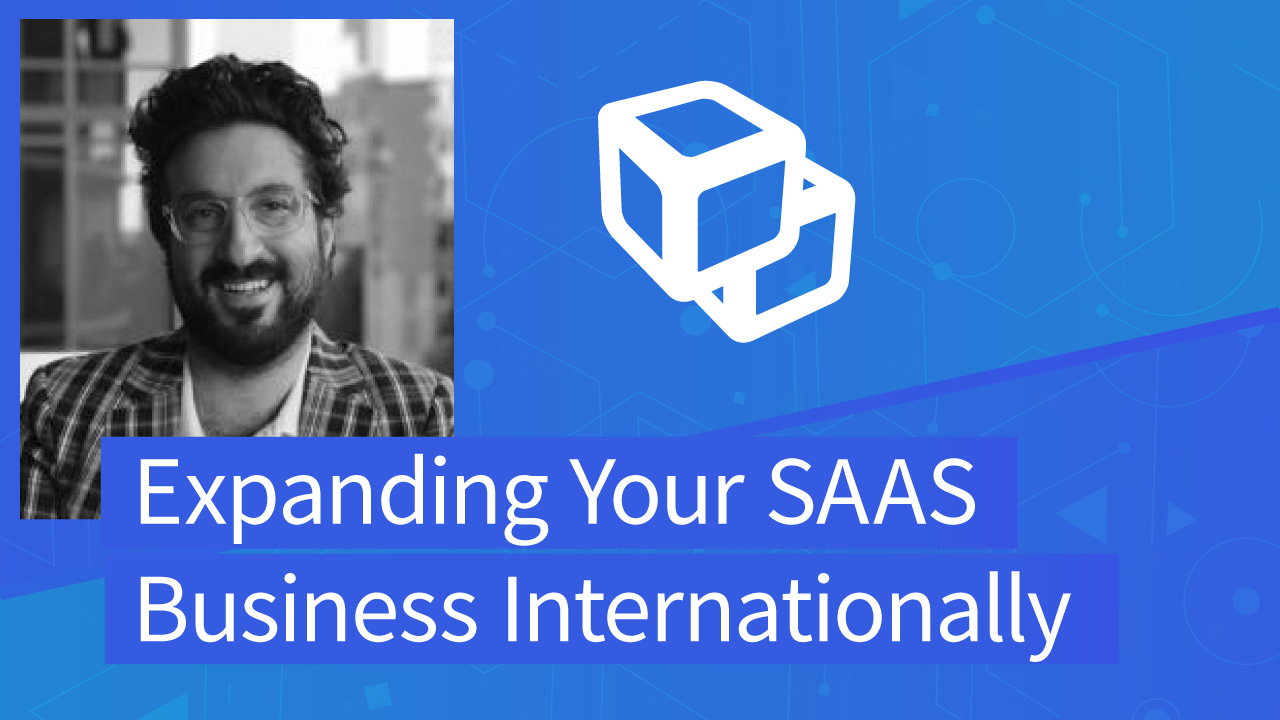 Alright, this is gonna be the most obvious video we've ever done.

I think the topic is scaling SAAS internationally? is that was it is?

So I can only talk about our experience, right?

So I think today DevHub operates in about 12 countries, I think 7, or 8 different languages.

And the way we did it basically

I mean obviously, we got an inquiry from somebody being like, hey!

I want to roll this out in you know the UK

And then, we ended up as we rolled out that one let's just say the project

or whatever it would or basically one deployment of our software.

It was like do you know anyone else? or what other projects do you guys have?

And they ended up being our go-to for basing anything let's say in that region.

So we kind of do that all over the world and basically, we did it with partners.

We're talking about under 20 million dollars in sales.

Essentially contractors but basically under agreements and everything and budgets

and we've basically been like hey, we expanded in the region

but it just honestly did nothing for us.

and be like hey, we want to do something and then turning that customer into

you know the UK we send it to our partner. any inquiry we get for Latin - South America

we send it to our partner, I mean we glance at it so we sorta know so we can follow up

and be like hey, did anything happen with that thing and again we trust them

and we meet them in person typically in Seattle.

At least once or twice a year

every once in a while we will actually go there too.

but the general gist is if you want to expand internationally

partners in the region.

And trust them, I mean we basically arm them with any kinds of decks they need

any kind of materials, copying sites, whatever they need to be successful in selling.

in the region that's also trying to sell that same product.

the best partners always started off as customers because they understood the product.

Someone who is like I want to sell your product you know with the backing of what? as a person? you know if they have backing by

and now they’re like oh my God, I see the power in this we can empower a lot more companies

or however, they want to blow it out and you're trusting them.

Only twice through I will say quick note, only twice have we signed

an exclusive for that region

and that was because they actually grew something.

Some of them did one or two deals and stopped others have done you know 15, 20 deals

So we'll see what the next phase of our business looks like.

Thank you for joining in and that's expanding your saas business internationally.