Selling During The Pandemic | Start Up Tips (Transcribed) 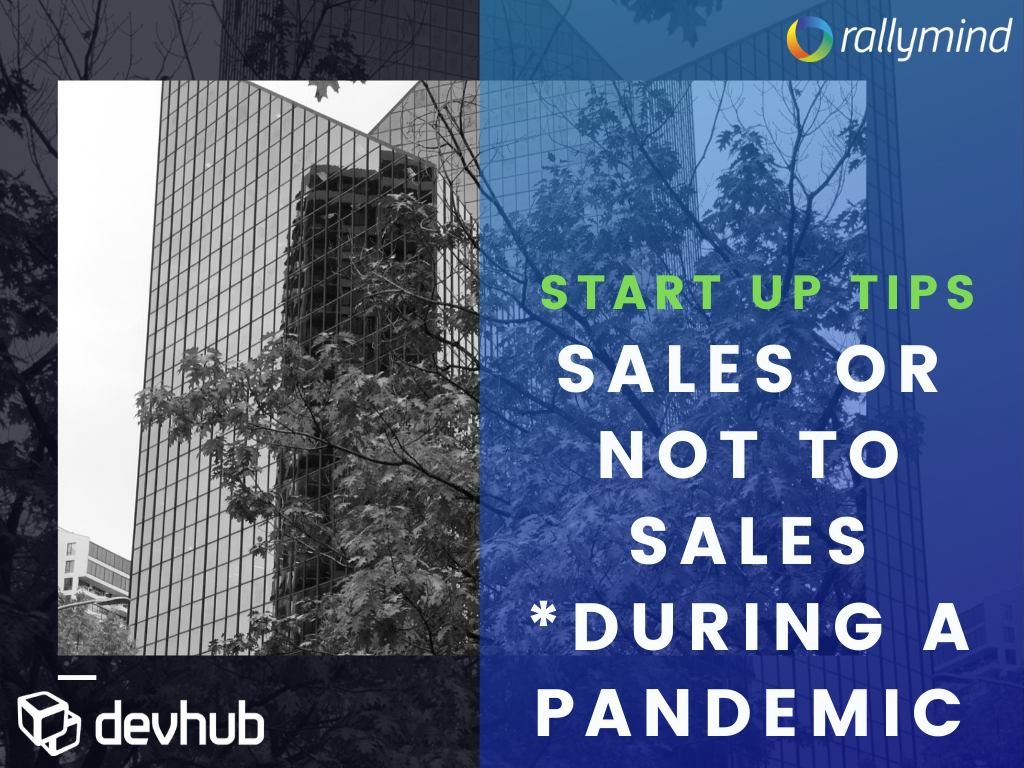 For teeing up another great video.

This video series is created

Kind of in response to the you know

The pandemic that we're all going through.

In today's video, Is just it's probably a conversation between me

And I guess Cedric is more or less the host

Who's actually the one, the producer of these videos.

Amongst a lot about Cedric has.

So first thing I want to say is:

That if this video comes across as tone deaf, I apologize in advance.

What this video is about is for salespeople.

Including myself, I still do the sales at DevHub.

Is like, you know how much should you really be pushing forward.

And, you know, for us we really haven't scaled back our sales efforts.

We still are running Outreach.

And we're still, you know following up with accounts that we know, we were, chasing prior to this happening.

As well as current customers.

And, you know, we were having a conversation about how much is this?

Is it wrong to be following up?

Or pursuing sales at this time?

And I guess my answer is no.

Because at the end of the day

At least again, this is for us.

We've never had a one call close.

You know, I can log that into our CRM.

But really, it's still a conversation between two humans like so.

I mean, again I just don't see the big deal.

They're getting an email from me.

We're going through this whatever pandemic right now.

And you want to try to sell me?

it's like, I couldn't sell you right now even if you wanted to buy our product.

It would take me 10 more calls from the first time we even talk.

Before you're like "yes, we're going to go forward with that product."

So, to me, it's still I hate to say business as usual.

But it's still sales as usual.

We're, you know there is a lot more responses of not right now.

But I think those responses are useful as data points in the sales journey with prospects.

It's like, hey because this thing is gonna pass in a month and a half from now.

You let me know that there was a spending freeze.

I think they have that note to follow up in a month from now and stuff like that.

That's kind of where I'm coming from again, anyone that's like

You know, I apologize in advance for anyone that's like, "Oh my god, like, this is so inappropriate."

But it still seems like this is something that I would not let the foot off of the gas in our world.

In the comments below.

But I'm open to hear all sides of this kind of this question.

So do you have any points on it?

Okay, so that's what this video is more or less like

Hey, Let's see if we continue a conversation in the comments during this pandemic.

Is it okay to be pushing forward with sales?

Simple no, simple whatever.

If you want to go into more details, please do.

And you heard our point of view like we will continue to push forward.

But you know, please let us know what do you think?

It's a small world out there.