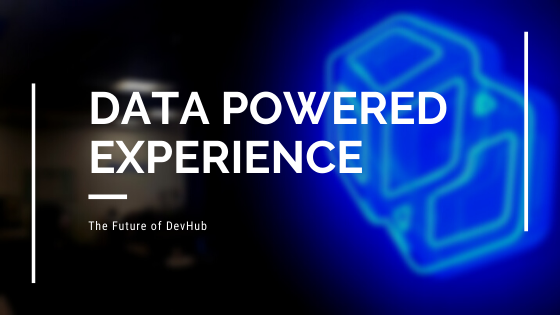 Hey Everyone, Thanks for joining live

And unedited here in Seattle, Washington.

I am Mark Michael, CEO

And I am joined on the other side of the camera

Who you cannot see by Cedric.

I'm just putting your name out there.

Cedric is part at least a footnote in history for sure.

Stay at home order has just got me thinking lately

About the future of what we've been building here at DevHub.

And I've just never been more bullish in the future

Of where our company's headed based on

The types of solutions that we've been providing our customers

Especially to see the flexibility

And the I guess the reliability of our technology

For our white label partners.

If you don't know, what DevHub does is

It's a platform to generate what we call a lot of experiences.

You know, half a million profile pages for different businesses

Anything where there's an element of scale

That's being powered by data.

Now, people get sometimes caught up

In the semantics of

At the end of the day, structurally, it's all the same.

And that's all data and that data housed within DevHub.

Allows digital marketers to build out a lot of something.

So that's number one.

So I do believe in the future of

Number two, I also believe that the future of DevHub is

Actually in the people who work at DEF one.

I hope that the day, you know

Comes when they have the little squares next to their name

That they were at the company

And that they are the most sought after people

Either to go work at other companies

And I think, again

In the beginning, it was all about money.

It switched to being you know, building a company

You know, and I always say

You know, superheroes are misfits.

But at the end of the day

Strong kind of against a lot of bigger companies

A lot of situations that we have no control over

That we've been able to survive a recession.

We're obviously think we are going to survive this pandemic

And be able to thrive in the years to come.

If you ever wanted a really fun story to watch

I think DevHub is the story to watch.

So, I just wanted to kind of put that out there

As a video, probably a little different than

A really good story to watch is what you will hopefully